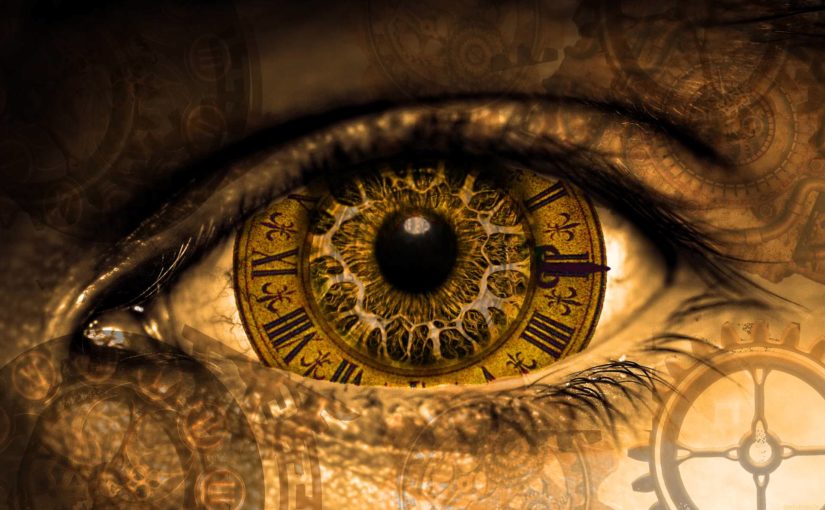 What was the War in Heaven? First, look and see:

I am witness to this. I had in my old place a small sign upon a mirror: HERE WAS SATAN CAST FROM HEAVEN. For I saw the Fall. I saw Lucifer go down from the halospace. And this was not a theology, not something written previous, but a vision of the black mass of that which was Satan, the Devil wrestled from the heights by the Archangel, Saint Michael the Great Prince.

What was the War in Heaven?

I have thought I saw it begin; I have thought I saw the beginning of beginnings. I have thought to have glimpsed the secret beyond all of our thinking, beyond the believer’s and the atheist’s alike: that it was not the Most High who created pain. That such power as something of these geneses could be possessed by the one we once called Lucifer, that quashing this primal rebellion was not some siimple affair by the One, even the One who is infinite. Do not be so short in thinking.

The War in Heaven was a crisis in the very Godhead. In existence itself. Let me tell you of a theoretical earthly danger, called “gray goo”: what if you had enough technology to create microscopic robots and all they did was with whatever material that they encountered just made more copies of themselves? Unstoppable, endlessly proliferating “gray goo”. Now let me tell you of what horror could be told of within the halospace, that world which is unseen: I call it the “pink aquarium”. The white part is blinding pain, the red part is us, represented as blood; and all life is saturated in the blinding pain, everywhere, and all it does is get worse and worse for all eternity. And that, my friends, is what ultimately would have happened if we had LOST the War in Heaven. And here’s a bonus fact: that specific scenario was what God had capped it to, the worst of all worst-case scenarios.

And just what do the ”bad guys” think about that? They don’t care, and they never will. If they cared, they’d come back to us. The “good guys”. It really is as simple as that, “good guys” vs. “bad guys”. We are Josh’s, of Josh of Nazareth. (He prefers Josh. You know of whom I speak—do you know any other “Josh of Nazareth”?) Turns out that three things are true:

If you look carefully, you can see how these are actually so. For instance, when Heaven is brought down to Earth at the end of Revelation, it’s so jewish that it’s named, “New Jerusalem”. And the record states what was agreed upon with the authorities near the end of his own time in this world: “Josh Nazarene, King of the Jews”. It does mean that everyone is, whether they know it or not, a Jew. And there is more to this line of thought, but suffice it to say, Judaism is one of those religions where if you aren’t Jewish, you’re not damned to eternal torture in the afterlife. Myself, I’m still a Christian, even though it’s not correct. And yes, it’s to prove a point. This is how the world actually works. This is part of what we won when we won the War in Heaven.

Now behold what I have found: as sin is to error, evil is to stupidity. That was it, the huge and awesome new thing that Lucifer had found. His beyond brilliant original idea that God hadn’t been smart enough to think up…. Now that the past has gelled, I can tell you with some certainty what took place.

Before there was evil, there were also nothing like what we would call “error”. In this privileged landscape where Lucifer (and of course, the rest of the Heavenly Host) were born into. Being a perfect God, of course, all He ever made were perfect things. Angels to this day have perfect knowledge, for instance. Now, some of us who are advanced of intellect believe that somehow, they can outdo, outthink that which knows all; I remember in my youth I was one of them. What fools! There was really only one thing that Lucifer could have created, do you see? In a perfect world, to invent imperfection. In a world without suffering, to invent pain. To ruin his soul FOR NO REASON. The birth of pain. The birth of evil.

If you look at the world now, how far pain and evil has spread, you may well now conceive the power of he who was once at the right hand of God. Even now to forget where the wrong originated from, back in the primordial light. No one understands anymore that God did not invent pain. But some things that are lost can be found again.

I saw it all, the rise and fall. I have seen the past change before my mind’s eye and made so that it had never changed. There was one that was lost, but it was Angra Mainyu, and Angra Mainyu never existed. Satan is not God’s opposite: God has no opposite. The Apocalypse has already happened, the Apocalypse happens every day, the Apocalypse comes in 40,000 years. The Beginning Is Near. The Beginning Is Here, for those who have eyes to see. Do you not know? Have you not heard? Death cannot stop true love. Look in the mirror and see if you recognize the entirety of your potential. You are welcome here, traveler.

There are strange things to be found on this website. I was eyewitness to the War in Heaven, and have written two books about it; here there is supplemental material. If you want a starting point, you can start here. There are also three other sites of mind: Black Iron Prison, Memoirs from the War in Heaven, and The Gospel According to Judas. All have their own strangeness. But one thing: I tell you that these things are true, or I had felt that way when I committed them to words.

Good luck in your adventures.