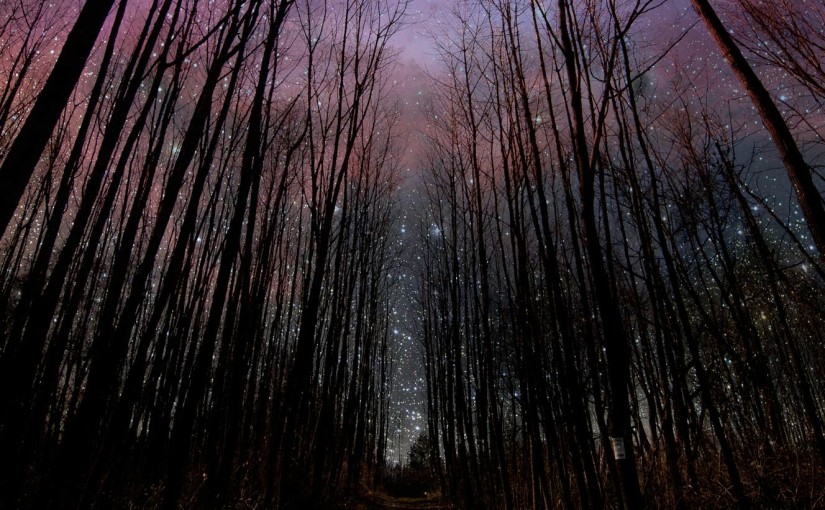 beauty i have searched for thee
upon starry mountaintops that chill the bones
the hours now thoughtless vanished
i will not despair in their incidental slips
what is this fluttering light?
have i touched the feet of death in dreaming?
for in desire is hollowness
that draws from the inner darkness, given season
those, who in desperate reaches
cast out the most precious of light at random
is there a coin that one saves?
a way back from the far shores of the styx?
rapt in the sound of wings
i rise from the dirt like sudden treetops
back into the sky and spinning
the rhythm of my blood like red, red rain
to alight in breezeless fields
where i remember in a rush how the story ends
and time skipped over a moment
where i stood forever, still, like love does
i could not keep myself secret
not there and forgotten, though a solitary king
those fingertips on my ear
as the whisper told me i was yes, and awake
the world turned incrementally
the despair i stole from hell when you loved me 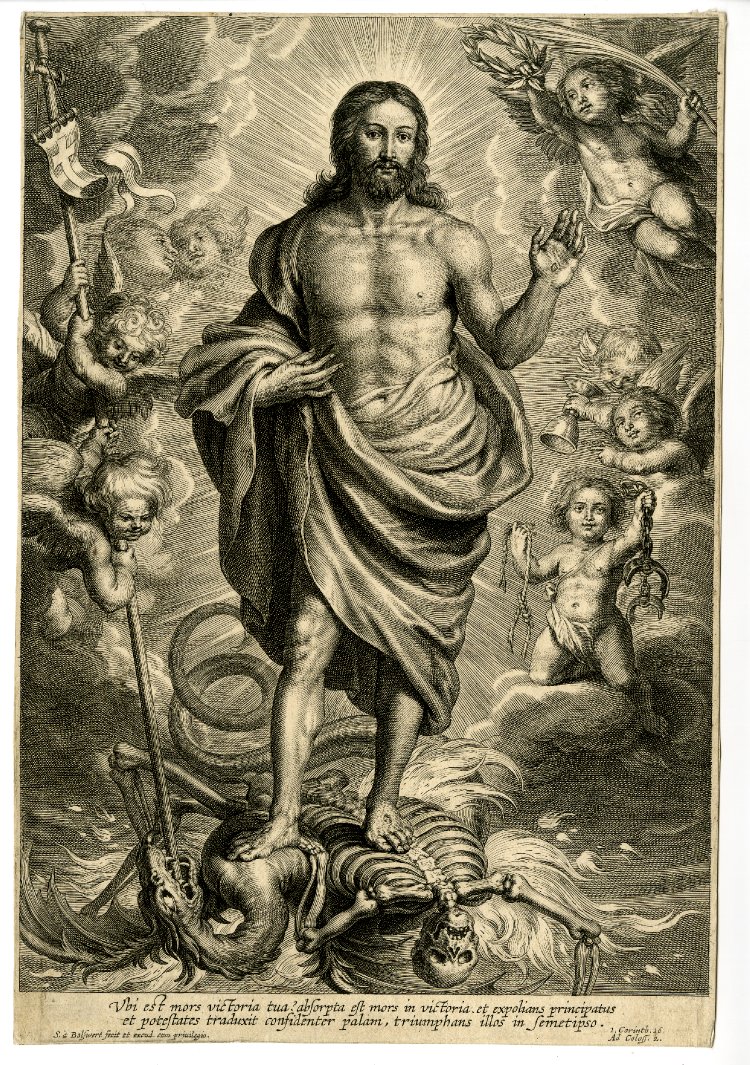 Lies are less than a house of cards, as we all know. If you do not use the word, “evil”, as what we were fighting against, are fighting against, will fight against—if we decide not to be so abstract in our thinking, we can say specifically that the fight was against lies. Deeper than that, it was so that the world would not be perverted—physically—such that lies could be “true”, which is to say that logic itself were to be distorted, sometimes unreckognizably, so the lie would be what it was said it was, at face value. How would that affect the rest of logic? the rest of reality? This was why it was so important that all the angels win, each of them, for a breach in the logic affects everything else. Satan and and his angels, of course, couldn’t care less, as long as they got whatever they wanted, whenever the whim crossed their minds.

So, Hell, right? Hell on Earth, their objective? I have said, alternating, that there is no Hell, and that there is an unfair Hell (which would imply that there is a fair Hell). Which is it? Both, of course, or I wouldn’t mention both alternatives. Hell, the abode of the Devil and his demons, that would be what I term the “unfair” Hell. It was once a part of Heaven. As a part of Heaven, it was possible to basically do anything in its environs. We term it the “ruined” part of Heaven. They broke the logic of that locality, and what do you get when you do that? Why we call it Hell. That was why we prevented it from happening in what we call reality. It’s unfair because it’s a place without justice. God, like He is everywhere, is there in spirit, but you wouldn’t know it by what goes on there. Better to reign in Hell? There you go. Nasty place.

About anybody ending up there after they die? I don’t think so. The Resurrection(s) happen at the end of days, the first one of the virtuous, and the second being a general resurrection. So when you die, you lie dormant for some long while as history turns. Then you are judged, and like sleep, which seems like blinking off and blinking back on, it will be right after you die. And about 1/3 of the people end up in Purgatory, in which exists what would be the “fair” Hell. This is for those who barely got saved. They are made to work in smoldering heat for years and years. But then, even they do get saved. So you see why I say there is no Hell? And there are two Hells, because that’s what seems to be, as far as that loaded word goes, “Hell”.

That’s what it would have been like, if Satan had won. Not just Earth, but the universe, twisted beyond recognition, a place of wretching pain, senseless suffering. Like U2 sang, “It’s no secret that the stars are falling from the sky / The universe exploded ’cause of one man’s lie”. Note, too, at some point things would go out of even Satan’s control, and he himself would fall victim to the derangement. To make the lie true: how much damage must be done to accomplish such incidence? How stupid, how blind must someone be, how shortsighted that he will twist the elements of the beauty that is the work of God to satisfy the momentary urge? Well, there you go, Satan: you get that little patch, the Hell you made of Heaven. The house of lies, and how great will be its fall.

The War in Heaven wasn’t just about kicking an angel who got too big for his britches out of the Kingdom. You must understand exactly what the rebellion meant, the tremendous reach of what it affected. Firstly, to remove the notion that there was something inherently noble in the defiance of Lucifer and his crew, the whole Milton idea of “better to rule in hell than serve in heaven”, we must get a clear idea of who and what was involved. In my visions, I was told by the Lord that the ultimate sin, the one written of in the Gospels as absolutely unforgivable, was simply to say “no” to the Holy Spirit. When I first heard it, I did not at all understand how that could be. If this were the case, then no one could be saved, correct? Yet this is exactly what Christianity teaches us: none of us by himself or herself can be saved. For saying no to the Holy Spirit, this is saying no to the spirit of love itself. That part of us is dead. Permanently. And as the Lord also said, if your eye offends you, pluck it out. Better to go blind into the Kingdom than be cast whole into the flames. And so, are all those pieces of us that are dead burned up in Purgatory when we are saved, for no trace of sin enters Heaven.

It was not at all that God was some sort of tyrant who imposed rules and regulations without reason. Logos, the “Word” of God—observed as the means by which things happen—can in one sense be thought of as Holy Reason. Lucifer understood the consequences of what he did when he said “no” to the Holy Spirit. And methinks it took tremendous effort to render that first “no”. To decide to become the embodiment of Evil. To be the genesis of Sin and Death. And Sin? We also know her as Pain. That is correct: pain was not invented by God. And perhaps in knowing this, we can start to grasp the scale in which the War of Heaven was fought, and is being fought, and will be fought. (Though it ended, it is a war in eternity, and there is mystery here in the telling of its when.)

Lucifer, now become Satan, he was not thrown out of Heaven because he rebelled, per se. Just like Adam & Eve were not expelled from Heaven because they ate of the tree of the knowledge of good and evil. God says specifically the pair were sent out of Eden so that they would not eat of the tree of life (and so make their sin permanent). In likewise, Satan was cast from Eternity because he had so much power in the halls and means of the Kingdom. And the War, the front line of it, was fought in contention for the nature of reality. Michael and his angels fought so that logic would stay logic. Something that fundamental. It was Logos vs. derangement. And this is what it means to be an angel of Heaven: if the least of Michael’s angels had lost their fight against the evil, all of creation would have suffered permanent derangement forever.

I am saying that we come full stop in the dualism of good vs. evil. By their fruits shall they be known. How much of it is God’s “Plan”? One wonders. But it can be seen that in the model where the Devil had an effect on the fundamental structures of creation, maybe God can be forgiven for how things turn out in this world. One thing I have found in my searching: it is never His fault, anything bad that happens anywhere. Simple as that. God is light, and in Him is no darkness. God is love. Courage, take heart. For He is the First and the Last, and vengeance shall be His in the Judgment that shall surely comes. May peace not be far from where you stand.