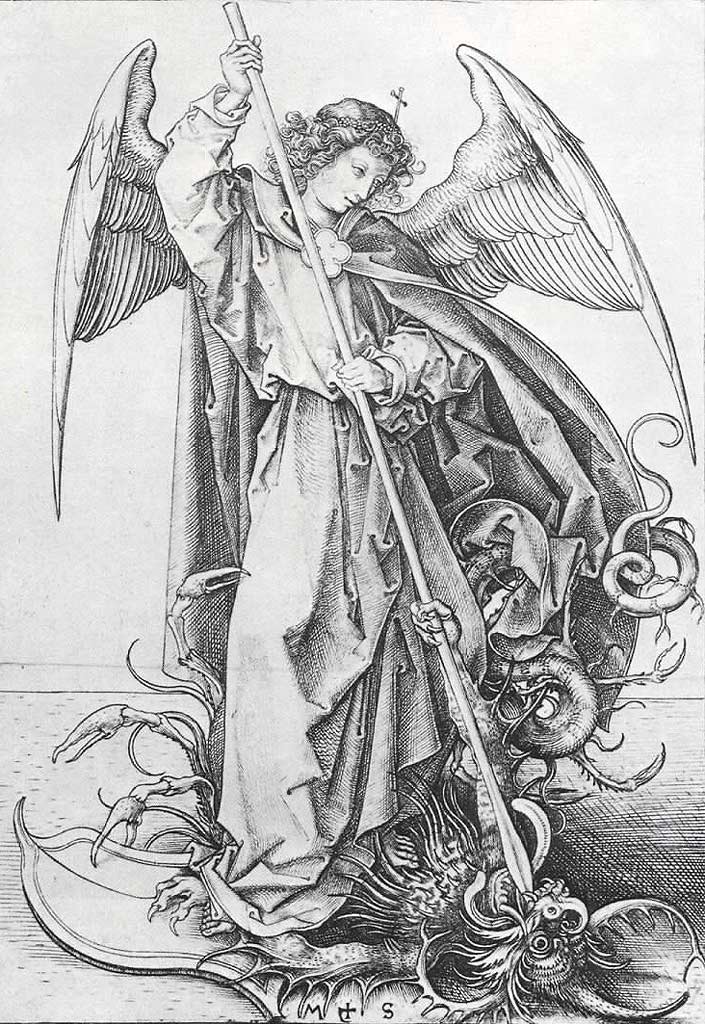 If myths are lies that tell the truth, what is a myth that turns out to be true? For there are various myths in the book we call the Bible: the story of creation, the son of slaves who frees his people, the God-man who died and rose from the dead. The bulk of the Bible is people doing things, sometimes epic, sometimes quite ordinary; or even sometimes the way God Himself got involved in the world. But there is one drama that seems to be pure myth, otherworldy, and it is in the last book in the Bible, briefly mentioned:

It has been written of in extra-biblical texts, but other than the above, the only other mention of it in the Bible is when Jesus Christ said that he saw Satan fall like lightning from Heaven. So there, we get what happened straight from the horse’s mouth, so to speak. It was something that is rooted in such Truth as the Son of Man represents. There have been secondary sources about just what might have transpired, notably Milton’s Paradise Lost. There is also, curiously, something written by J. R. R. Tolkien: the Ainulindalë, or “the music of the Ainur”—a creation myth. In it, Melkor, the greatest of the Ainur, rebels against Ilúvatar, who is God. Which sounds familiar, do you not believe? One imagines that Tolkien took the Lucifer myth to heart, but in elaborating on what had been written, the War in Heaven—the actual one—seems to have some curious commonality with what he wrote as fantasy. It turns out the world out there is the way it is because of how this singular thing, this war in eternity, was fought, and won (but being a war in eternity, is still going on). And perhaps you can do something yourself, to see it end as it should, in you.

You can read about my experiences in the War in my book, Memoirs from the War in Heaven.