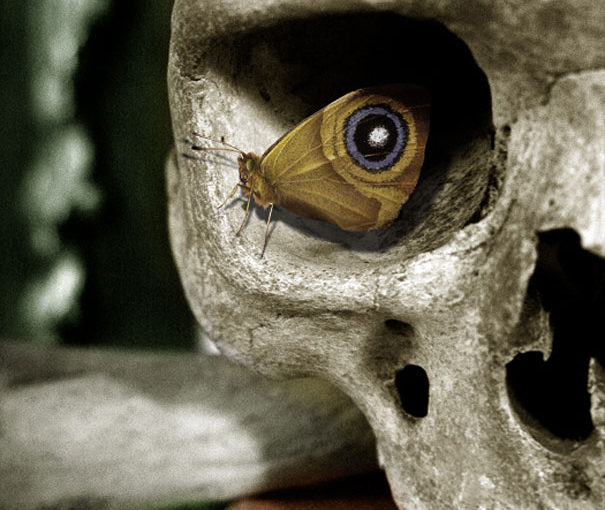 A myth is a lie that tells the truth. Or thus the quote goes, though it was said by Picasso about art. And we could say, there are myths, and there are myths. When they were first written down, or even before, when they were oral tradition, the ones who relayed the tales believed what they said was true, that this was how the world really worked. It made sense of the randomness they were born into, which was the way of the world before science. We know better nowadays, but the myths were saying something visceral about the logic of creation. We still use concepts from ancient myths as metaphors, if as metaphors, only. In at least that, they told the truth. They spoke of an unseen world, or at least a world that very few initiates were let in on. And then, one of these myths became the most successful of them all—J. R. R. Tolkien, in converting the famous theologian C. S. Lewis, called it the “übermyth”, the myth that precedes all others.

As I see it, that “übermyth” did not automatically invalidate all the others, because in the unseen world, that’s not the way it works. And I speak of these things so because I am a New Testament prophet in the line of Philip K. Dick, and this new myth I write, this new mythology that orders the Halospace, I have reason to believe that this is how the world truly came to be, how it actually is. But I write this in the burgeoning age of science, and I do not take what I write to go against that in any way: I explain, instead, things outside of where science can explore, at least now. In keeping with that science, however, the Bible says that the test of a prophet is that they will make predictions that come true, and this is a fair test. Mine? The Beginning Is Near. The Apocalypse does not happen for another 30, 40, 50,000 years.

For now, they hang in the background, my prophecies, and the word “near” is a loaded term when we speak of a God to whom 1000 years is like a day. But what I am saying is that, countering every other Christian/New Testament prophet since Jesus Christ left this earth, that the end is not nigh. Live a long life. As a prophet, I have seen and heard many things, visions and ghosts, worlds other than this one. I have collected these things and pieced them together to bring you this new mythology. It is based on Judeo-Christian tradition, but I have added things here and there from other traditions, plus there is new information, the prime being one thing, one thing which if understood properly makes sense of all of this: life, the universe, everything. [Apologies to Douglas Adams.] It’s buried there in this myth, and it might easily be glossed over: God did not invent pain. You might say that the rest of the myth is there to provide a structure by which this truth may be expressed.

Indeed, this myth is just one way that the truths in it may be expressed. But know this: there is a truth. And this truth is the ground by which logic itself operates. I was raised and guided through my life to learn what I needed to know to be able to tell you what is written there, in this new mythology. And it is a Christian way that it is written because Jesus Christ was not just a “wise man” or even just a prophet: he is the Son of God—which is to say, he is the embodiment of the actual God, the original Creator. The Creator who came down into his creation in this particular way, to a people who called themselves the “Chosen of God”, into its specific idea of the divine. From there he transformed that context, which some could not reconcile, and some could. But the world was not the same after he had made his mark in it.

Moses brought us the Law, Christ came to fulfill it, and me? Mine is merely to deconstruct it. Myth is a finger pointing at the moon, or better yet, a tale that tells of the moon. Do not keep looking at the finger, do not tarry too long on the words. The moon that is out there must be experienced to be real to you. When you do point at the moon, some people will say that there can be no such thing as this because there is no such thing as “the sky” in which it is oriented. Because “the sky” cannot be held in the hand, because “the sky” is a way of looking up that is foreign to them. And maybe this metaphor is not precisely how things are, that to be indicative of how things are, the moon would have to look different to everyone who does indeed look up. But methinks there are those who live in its light who have merely taken such light for granted.

So, this myth is a tale of the moon, if the moon looked different to everyone who looked up into its light. Why would it look different between one person and another? Perhaps it is not the moon. Perhaps it is a river, whose length no finite being can perceive, the whole way of its course. And then, we return to it, that what we see as God may be understood as a reflection of the moon in that river. Some views obstructed by sticks floating by, a picture that ripples and is ever changing, even if unreflected it is a constant light. Some who see a set of rocks the light is caught upon to think that that is the moon, in fact. Even in the gentlest length of flow, never to capture the light completely, to chase it down the riverbank that one might steal it for themselves, not to hear the moon laugh… or is that an echo?

Now, to the myth…