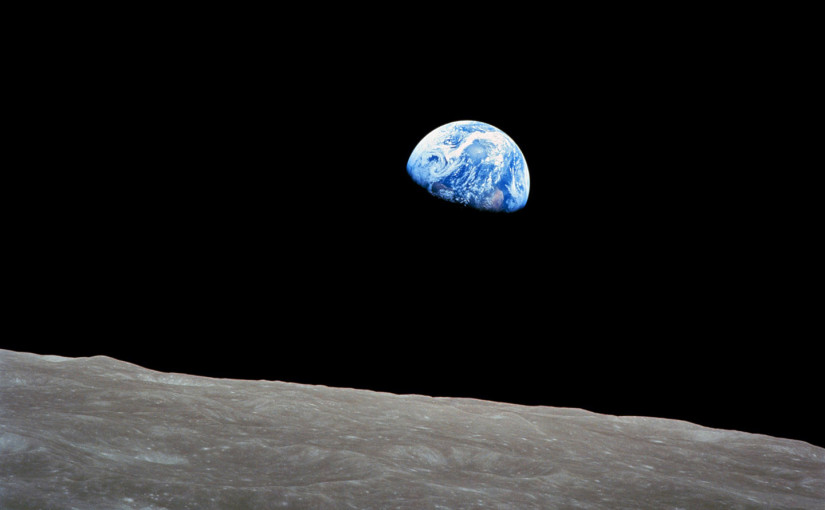 Can it be true? Is the Devil responsible for every wrong thing that ever was, from the barest papercut to the most seismic earthquake, the hugest hurricane? For pain, itself? What does it mean, the Plan of God, and is it the same as the Grand Design? Why would the War in Heaven echo within these questions, and through time and creation? Do you think you can know the answer? For it requires a shifting of scale, as to what you thought God was capable of, and then of what you thought angels, the power of these were, who were said to be a little greater than human beings. What you probably have in mind as to what God is able to do, this is more in line with the ability of the archangels, if we say that Lucifer was once the first of them (and Michael the second).

It took a little getting used to, that last thought. I had read Tolkien’s “Ainulidalë” where Melkor, the rebel Ainur, and the greatest, shaped creation—and I thought, certainly it could not have been like that for the real world, for certainly angels and their ilk did not possess such power. And yes, the evil that was will, the harm man does to man, that could have come from the original rebel; but earthquakes? hurricanes? Certainly not having source in the Fall. Or so I thought. What it took to shift my paradigm was to hear that God had not created pain. I half overheard it, the Lord said it to me as if in a dream. And then it all made sense to me. The aesthetics of pain, pure pain: it is discordance itself. Verily, good things have been made of even this, but that result is the work of the Lord, and not of the pain. Discordance itself, permeating all creation: this was the scale of the greatest of angels. Quite the idea.

What is this conspiracy? Why did we never know this? The Book of Job gives us clues. You know the story, Satan makes a wager with God when God gushes about His faithful servant Job. And so Satan is given permission basically to let loose on poor Job, to test that faith. So at the end of his trials, when Job is about to lose it, God appears. About the reason(s) for his travails, He says:

4 Where were you when I laid the foundation of the earth?
Tell me, if you have understanding.
5 Who determined its measurements—surely you know!
Or who stretched the line upon it?
6 On what were its bases sunk,
or who laid its cornerstone
7 when the morning stars sang together
and all the sons of God shouted for joy?
[Job 38:4-7]

He goes on in that vein for a bit. Not once does he point a finger and say, “Satan did it!” Nope. He takes “blame” for the whole shebang. And to anyone who asks why He didn’t tell us this before, this news about pain, above—I would simply point you to that speech. I just happened to be in the right place at the right time to be let in on this tidbit of a revelation.

Also, there’s a look at Satan’s capabilities in the Book of Job:

Job 1:16 “The fire of God fell from heaven and burned up the sheep and the servants, and consumed them”
Job 1:18-19 “Your sons and daughters were eating and drinking wine in their eldest brother’s house, and suddenly a great wind came across the desert, struck the four corners of the house, and it fell on the young people, and they are dead”
[NRSV]

We were talking about natural disasters, here. So are all natural disasters directly the work of evil forces? Maybe not, but natural disasters are due to how the world works, and how the world works is in part due to the strivings of evil against the good. I found that the creation of pain was the start of the War in Heaven. The evil, it is told, spread through a third of all angels. We’re talking billions. The War had a good deal in making the quality of fate, as the angels contended on what was, and is, and is to be—for creation itself. And it is yours to decide which side you are on, those who fight for truth, or those who make their own desire the greatest of their ideals.

So, if you ever come to a place were the walls seem to shut around you, when there seems before you only a dead end, know that these are from the twisting of the innards of the cosmos, and indeed there you may be able yourself to fight in the War in Heaven, which has ended, is ending, and will end—as herald to a new age. If you can make a way out of a structure sealed in shadow, you give the angel fighting on the side of faith and logic a means to bring the demon down. The conspiracy of the darkness is one of despair, for this is how it propagates. Like a virus, to the detriment of its carrier. Find the truth, indeed, the faith and logic: it is with us, not our foe; we are of the light. The Grand Design inhales the darkness and breathes out the dawn, and we are one with the Plan if we do likewise, to carry the candle flame into corners light forgot.

And the grandest conspiracy of all? That which makes all other conspiracies pale in comparison? Of course, it’s right before your face. Pretty much every day. What is the way to all you ever could hope to want? It is simple, and no one ever told you: it is love, and only love: be not but love, do not but love. That’s it. As the soothsayers 4 said, “There’s nowhere you can be that isn’t where you meant to be. It’s easy.” It is what’s behind the whole ball of wax, why God took the blame for all the wrong that’s ever happened, when it’s never His fault for anything (never!). If God is all good, but let His greatest creation have the greatest angle of leeway, and it was from that created one that ultimately, all evil and pain come… it almost seems too easy. But that’s God for you.

“I tell you that many prophets and kings desired to see what you see, but did not see it, and to hear what you hear, but did not hear it.” [Luke 10:24 NRSV] It is many a time such a way with mysteries, that once unraveled they show a very simple underlying structure. If this is a great saying, what I write here, remember that it was not the Lord who said, “God is love.” But the Lord, indeed, said that they who were to follow him would do greater things than he had done. Yea, verily. He gives us even this. There is no question, love is the answer. The secret is love. Tell everyone.