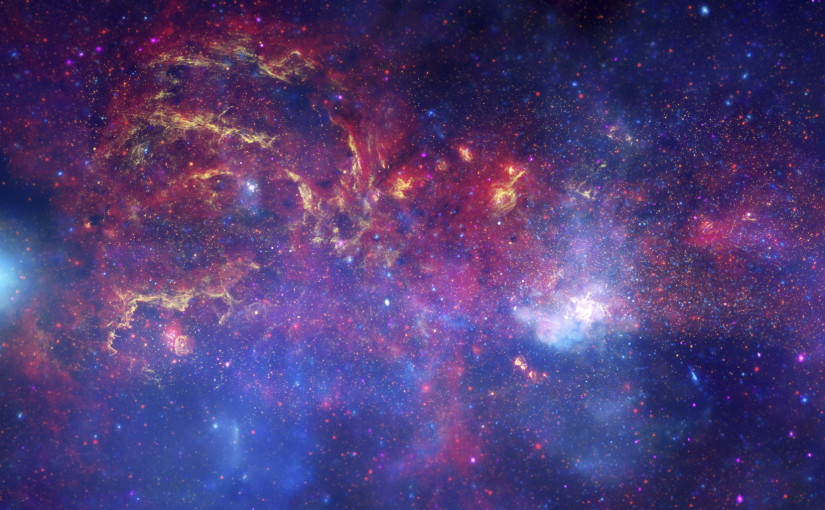 This is the third excerpt from my book, Memoirs from the War in Heaven. Probably my craziest idea, and that’s saying something:

Perhaps this is a book of beginnings? They are well worth the ink that marks them. Shall we pursue this path now? Beginnings are sorts of mysterious things, and only one of them had nothing ending before it, that anyone could understand. Or was there was something, even there? We could go back to where we started this whole thing and try and stitch a couple myths together—a Frankenmyth. It is said that Lucifer begot Sin, correct? How, exactly? Milton wrote that she came directly from his forehead, like Athena from Zeus’s head. But why would that have happened? You know, I have my own idea about that: simply put, he said “No” to the Holy Spirit.

To blaspheme against the Holy Spirit is what Christ said was the unforgivable sin, and the Lord himself told me that that is done by saying “no” to Him. For to say no to love’s will means that that part of you is no more. Love asks of you only good things, that of life. If that part of you is gone, there may still be motion to it, but it is basically flamed out. He was the first to have ever done this, Lucifer was, and it was complete, an utter denial of all that love was, in him. Thus came to be from that first and greatest of evil, the Evil that he made of himself: he did what we call Sin. And as Sin was forming, when the Holy Spirit was to give light, to give life to her—for Lucifer’s action had such consequence in Heaven—she was killed, out of mercy.

To have given the light of life to the darkness that had gained form from Lucifer’s action would have been to create a creature who would only have known (excruciating) pain. So she was slain before she could be born. Which meant she was denied life—but she could not exactly die because there was no death that was in primordial existence before her. Thus she still does move as if life were in her, and gives birth to monsters. This was the one whom Philip K. wrote about, the one whom we all lament—because she never got a chance.

Now, there was another myth regarding Lucifer, one where he had had first go in creation, and that the dinosaurs were his failed try in his own action of creation. But what if we modify that, and go back to before “Let there be light,” and look at Tiamat/Rahab, if you recall these? What if Sin, who was slain, were the one whose body it was that was the watery chaos, back when in Genesis the Earth was said to be formless and void? Because it was if he buried that body in the soil from which all our world sprang. And this was Lucifer “salting the earth,” as it were: to make the creating of anything in such a matrix impossible, thinking not with the understanding that with God, nothing is impossible. The Lord brought light and life into the cosmos anyway, but what Lucifer did had profound effect on how anything happened, how everything worked.

That’s my own, original myth, what I’ve been able to piece together in my experiences—with the visions going to and fro, leaving meaning behind. You know, it’s strange what people leave lying around sometimes, with a slip of the wrist. Stranger still, one might believe, would be what God leaves lying around—with a wink and a smile.