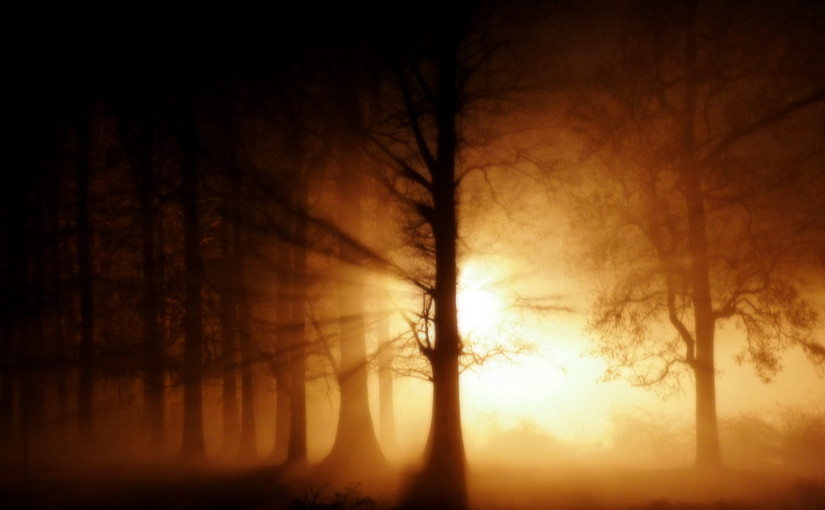 I have lived two lives. Not that there was not overlap between the two, but I am reminded of Agent Smith’s first meeting with Neo in The Matrix. In the “daylight hours” I am a successful computer professional, while “by night” I battle demons and I am friends with angels. Is it like Agent Smith told Neo? Does only one of those two lives have a future in it? One of my friends declined to edit my first book about the Event because the good parts, the philosophical musings, were mixed in with the madness, and it made him uncomfortable to try and sort the things out in those pages. Yeah, I’ll admit, talking to Albert Einstein (and even weirder, like my interaction with Rosanna Arquette, who is still alive) do smack of the mental illness I have in fact been diagnosed with. But I count myself in good company as far as the “voices” are concerned; for there are some who count Philip K. Dick’s later years and even Joan of Arc’s otherworldly encounters merely symptomatic of similar, mentally divergent diagnoses.

The thing about it is, I draw no divider myself between the crazy and transcendent. One has affected the other, some of my best insight having been inspired by, if not directly taken from, my talking to my “voices”. In this sense, they are real, if not normal according to the world at large. If you don’t believe there is an unseen world, that religion is itself a fantasy at best, you will not believe in anything like what I describe. But I tell you, you’re missing out. My “voices” have helped me to be a better person, and I’m not saying that everyone who hears things is a prophet. Not at all. But if what comes from those things is positive, life affirming, morally honorable—why would you not believe in them? Because they’re not “real”? What if they simply make your life better all around? This “affliction” of mine, either God sent it my way or He made what was there work for the good, for me. And it is not that I have never thought that they were just the invention of a chemical imbalance. But I like to say, I have had so much evidence for their being real in some sense that it would be irrational for me not to believe.

I will not outline all the reasons I have to believe in the reality of my encounters; some are very personal, and I would have to go through my whole life story to make sense of them. The biggest sign, though? Once the Shekinah pulled something like a lever inside my imagination, and I had 20/20 vision for a day. Sure, with the other things I have seen, you could just brush them off as saying that I was hallucinating; but I have terrible vision, and have worn corrective lenses since the third grade. You can’t explain that little miracle away except to say that I must be lying. And if that’s the path you choose to reason, I can go no further in my argument with you and I bid you good day. I am not a liar. If you say no miracle is possible, here are the words of Henri Poincaré for you: “To doubt everything or to believe everything are two equally convenient solutions; both dispense with the necessity of reflection.”

I feel for all the people who have had really crazy things happen to them, and no one would believe them. UFO sightings may be easy to explain away, but I have no idea what a UFO abduction really is. I know that eyewitness accounts are very susceptible to error, and that “I know what I saw” doesn’t make what they say happened any more believable. But some things are only impossible until it happens to you. Myself, I have been witness to many incredible things, as you may discover yourself if you read these pages. What do these things say? In the greater scope of things, just to tell you 2 things: 1) the War in Heaven is over, and the good guys won; 2) the Beginning is near, and we will soon enter into an Age of Gold from an Age of Iron. Maybe 3 things: 3) Jesus Christ isn’t coming back for another 40,000 years. And about 1), it’s a War in Eternity, so it actually is scattered through time, and you might not have heard the last of it. The middle parts of it, anyway.

It’s only crazy if it’s not true. And even if it is crazy, sometimes it’s still true. I have been a part of something way beyond my power to control, and that makes me seem downright strange at times. But my weirdness is what you might expect a prophet to be in these post-millenial times. My proof? I am at peace with both the seen and the unseen worlds: can you say the same? I think the Dreaming may soon be done with me, and I will be remade normal again, now that it looks like my main mission has been accomplished. (Read my book, Memoirs from the War in Heaven for what that involved.) No, my life is not over, not nearly, but I have had so that I’ve been feeling a little tired of late. And the wheel grinds on. To wonder what tomorrow brings, a little afraid, a little excited, for anything can happen. Yes it can, and I know it can, because it happened to me!