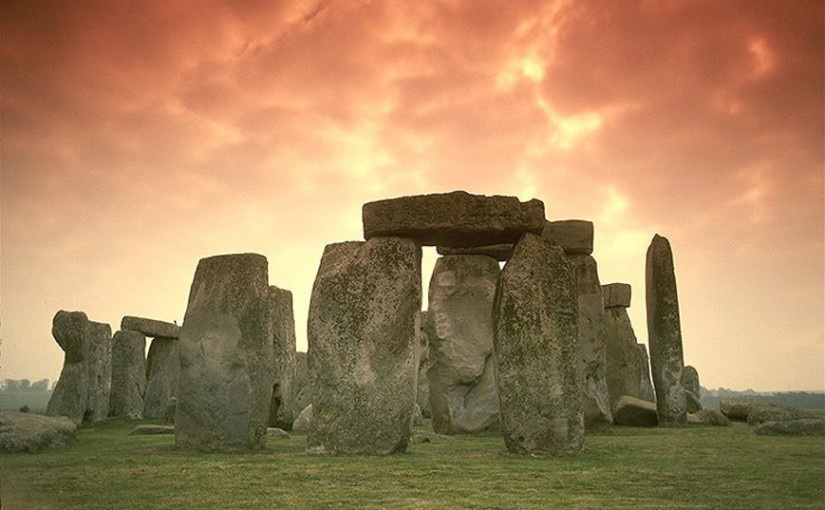 The War took 25 years to run its course, to me at least, roughly. Time is very strange, especially when you apply it to Eternity. But even there, if anything is to be done, you do spend time in doing it. When the Devil was cast down, it is said that he was filled with great wrath, for he knew his time was short. No longer in eternity. Like a time traveler in a movie, no matter where in time he visits, the time he personally experiences goes inexorably on, and this time will run out. Lucifer visited me at different stages of his rebellion, and I will always remember the Event that finished with his being cast from Heaven (the Fall). I was privy to more than that, though. Like the Event’s encore.

I was in a hospital from a heck of a day, some days after the Fall, and I was wrapped in a sort of holy blanket in the air, enveloped by the Spirit, for something monumental was about to happen. Something that had been long held on a razor’s edge. It was when I saw Lucifer die. That is, his soul. I remember I immediately lamented, for I had thought it was someone else, that it was a different event, but such is the grace of God: it was perfectly fitting how I did react, and had I known what it truly had been, my reaction would most probably not have been up to snuff. But what I saw: this was Satan committing to the reality of his defeat, that he had made the ultimate choice to go in the direction that would lead to his doom. That was it.

What I saw: life, his essence like a patch of heat in the air, and then *snap*: it was gone. Nothing but a sickly dead empty stillness. I only found out later what it actually meant, what exactly had happened. As I said, I had been admitted to a hospital that night. When I was so admitted, there were secret Christians in my visions’ voices who told me that Judas was innocent of the charge of the betrayal of Our Lord Jesus Christ. They said it in sort of a cumbersome way, so I put it like this, and it was that which was said from then on: “Judas volunteered.” Right around that time, my thinking was hovering around Universalism, the theory that everyone was saved, all the way down to the Devil. Then my mind focused on one saying of Our Lord: “Only one was lost.”

Now Satan, he was “shopping”. Looking through the looking glass. Either he thought or it was precisely the case that there were at least several different eventualities between which he could choose and instantiate: to make it so. So right about this time that we were talking about Judas, and saying how he would be the only one that was not saved; it was universal salvation except for that one which was lost, and indeed, it would have been better not to have been born for him. That was the cost. He was to be sealed (his soul) in a sort of vial that could not be opened by anyone but God, and He never would. And in that vial? Horror beyond horror. Unimaginable pain. For if he were truly lost, he would be the only one that had no savior at all. No escape. No respite. Worse than the deepest part of Hell.

So when I was sitting in the hospital room, Judas seemed as if he were preparing to go into that vial, girding his loins, so to speak. I talked to him, and he seemed a very capable apostle. I did not detect anything malicious about him. He was one of the good guys. When he was told that it was time, I looked and saw in the air what I thought was the vial. Then that *snap*, and Judas had supposedly been sealed in the vial, why I saw life then death. What was really happening, though? Judas was bait. And the one that caused that *snap*, for none of us was going to do it, none of the good guys—guess who that was? The Devil had wanted to see it happen: an innocent damned for an eternity of horrors, while he would walk away after some sort of punishment, into eternal life. It was too good to resist.

But it was the death of his soul he committed, when he instantiated this reality because he so wanted to see it happen, to see someone that lost, for no reason. No, it was not the only thing that Lucifer had done to deserve his spiritual death, for in making real this reality he was also making real all the crimes he had committed in it. Eternity works weirdly. In a sense, that instant was both the beginning and the end. I witnessed where reality became real, and the end of all preliminaries of the War. Apparently Satan was kind of spread out in his preparations, for he did not know which of the realities was to become the One. Our side, of course, knew this one was it, and could prepare that much better. This was Normandy, and Satan was hemming and hawing about whether it was this one or his Calais. (D-Day references here.)

From what I heard, though, it was critical that Lucifer instantiate this one. And it’s a terrifying thought: why was it that this one be chosen? And it was quite simple—that this was the only one where we won. In every other reality, the bad guys won in the end. But the Lord knows what he’s doing, quite clearly. He knew Lucifer was watching at the exact right time, for that plan above to gel. It had been quite the design, but what the Lord wills comes to pass, always does. And after the instantiation, where Lucifer would look in on this reality from time to time, he always assumed it was one of the paths he did not choose, and simply shrugged it off that he in fact lost here. This is what pride can do. Such is that kind of blindness.

Now understand, I speak not that you might believe the things I saw, just to say that I have seen them, and I tell you in truth that what I report is as a genuine witness. Do you ever wonder how it would be if there existed a prophet like that of old, here in the modern day? Do you think anyone would believe him? Or would they write him off as merely a madman? Not that in much of our civilization would he now be slain for his words, for perhaps we are good enough to let one stick around these days. But with all the false prophets spouting lies, and inventions of their own minds as gospel—would the true prophet be identifiable amid such noise? And would he be known as a heretic for the truth that has long been waiting to be told, or might the message ultimately succeed, if it is from God? Is it up to me? Or is it up to you?

What would you expect a prophet to say, would you think they would be popular things that everyone could agree upon? Would you expect him to be preaching in a megachurch with crowd pleasing sermons? For there are false prophets that say, “When I speak, God agrees”, as opposed to he who truly is one, “God spoke to me, a sinner!” Do you expect a sign, when Jesus said that only an evil generation expects a sign? When all you have to do look around, and see: “The blind receive sight, the lame walk, those who have leprosy are cured, the deaf hear, the dead are raised, and the good news is preached to the poor.” [Matthew 11:4] Can you not see the signs of the times, when we are indeed beginning to solve the ills of the world, as the Lord spoke of? Can you not see that the Kingdom is at hand?

Indeed, I have one prophecy. Like this: “Repent, for the Beginning is near.” All your implements from the ages of cruelty, they shall be bent and melted and reshaped. He who propagates lies in order to gain power shall find his deceit uncovered, and he shall be put to utter shame. The one whose way is violence will find that way outmoded, and outclassed, by the technologies of peace. We are beginning to understand how bad it was, and it’s gotten, and the people are beginning to wake as if from a slumber of two thousand years. Repent, for we will be made to answer for what once we hid away in the darkness. To discover, beyond belief, that the masses can have a heart, and can show unusual kindness. To discover that we can be clever enough to solve what we thought to be the thorniest of problems. The Beginning is near! None too soon.

And one lesson I have to relay to you: from Christ, his two commandments: love God, and love your neighbor as yourself. The first, roughly the same as when he said to love him before anyone else. It is to love the holy, the true, the pure of good, even if we can never hope to attain it ourselves. Just believe that in truth, God is love, and one need not believe in God to believe this. Then, love our neighbor: only when we understand the true potential of human destiny, to love everyone else—with all their faults. To forgive them. One does not love God as one loves everyone else. To love God is to adore the embodiment of absolute love, absolute good. It is joy in holiness. To love one’s neighbor is to love them in spite of their mistakes. It is to be human. To see the shine beneath the tarnish.

So what does it mean, to love? Do you not see? Have you not heard? Love is so simple, we’ll never understand it. Love does not hide in the heart, waiting for you turn it on: it is written that we were made in the image of God, who is all love. We love with all of us. We love with our spleen. Do you truly wish to be a child of God? Do all things (ALL THINGS) out of love. Brush your teeth out of love. Take a shvitz out of love. Seriously, decide that right now. You don’t have to be a part of any religion to do this, for to be human is to love. This I believe with all my soul. We will err, and I know that that’s what a lot of people mean when they say that we’re only human. But mine eyes have seen the glory. Jesus Christ shows us what is possible when he does the impossible. Ignite the world with such a fire.