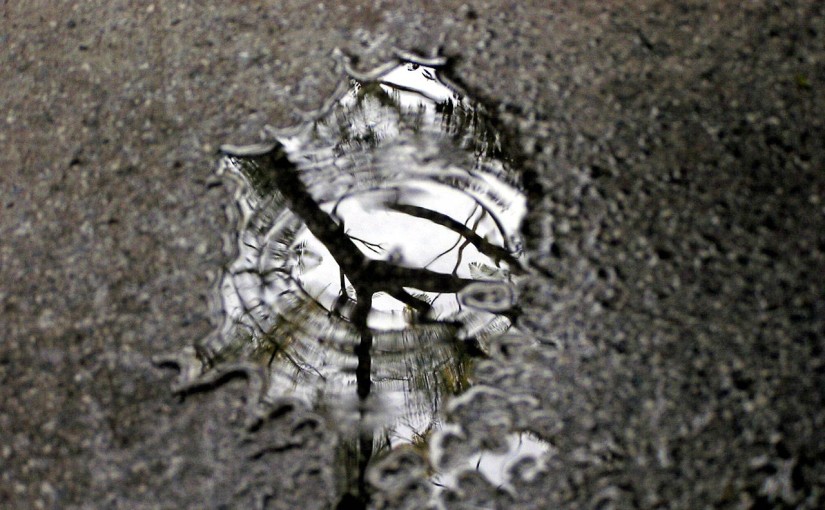 When Easter is over we tend to forget about such things as the Resurrection, or our place in the grand scheme of things, at least until right about Christmas time when our fashion turns to “church chic” again. One reason might simply be that we don’t really understand what is expected of us to do, what it means to do good, what it means to be a child of God. Or even come close to thinking we could serve in the War in Heaven, which has finished, which is finishing, and which will finish. Let’s maybe break it down, because there are lots of theories that can account for basically everything, if in broad strokes. Let’s see if there’s something we can aim for, perhaps not that lofty, something we can live with, if not live by.

We can say there are things one might call wyrds, like words but with a sort of greater meaning to them. “Wyrd” to capture the two words, word and weird, where “weird” is used in its old sense, that of fate. They are of what we call the Logos, which can be said to be the Wyrd of God. All the angels had been given charge of a wyrd, which governed the function of some part of heaven and earth, which is to say that the universe is made of wyrds. They are the way things work. Satan, before he rebelled, was responsible for a wyrd, as were all who rebelled with him. And when they rebelled, each of them tried to destroy their personal wyrds, by attempting to pervert things to the point where they could be rendered meaningless. None of them, thankfully, succeeded. And their wyrds were taken away.

So, if you say that by wyrds being played, it is the universe at work, then it’s all a grand story that is being told. And the formal and otherwise logic of this wyrld (what I call the encompassing of both the seen and unseen worlds) is defined simply as the way things work, the way things function. There are wyrds that govern other wyrds, so that, for instance, “rose” might mean a different thing told in Heaven than told on Earth. One important wyrd, what you might capitalize, is from the beginning: this is the Wyrd of the Lord Jesus Christ, who is as well as being King of us here, is King of all the angels. His Wyrd is the sacred name, “YHVH”. What Philip K. Dick defined as “he who causes to be”. The three parts of the Trinity, in fact, each have their own wyrd.

The Wyrd of the Holy Spirit is not capitalized, for it is “love”. This is the Spirit of God. This is what it means, that God is love. That of God the Father, the En Sof, is “I Am”. Note, here, that we are still talking about one God, and not three. The angels are the embodiments of the one wyrd they were meant to be about, but God is all “I Am” and all “YHVH” and all love. (God is all love: never forget this, for by it is perhaps the best opportunity to comprehend the divine while still on this Earth.) And you may blaspheme against the Father and the Son and be forgiven, but one who blasphemes against the Spirit shall not be forgiven, in this world or the next. That would be saying “no” to love that is true, for as we are made in the image of love, we are denying that part of us that the Spirit asks, and that part of us dies. This is sin.

As the cosmos, all creation, can be said to be made of wyrds, the stories being told are the structures that hold them in place as experiences: the universe exists as all the stories being told that came to be because God and then you made the choices you did. Things that happen, if they carry a logical skein from a beginning to an end—of course these are stories, but the physical, the real things that exist are no more than information themselves. [Philip K. Dick] And when we say, unequivocally, the best story wins (this is a truth), it is not just to say some representation of material things tied together with added meaning wins, not something that needs to be written down: we are talking about that the things themselves having a meaning, and no translation is needed between the symbols and their reality. That all things are wyrd and story are a way of seeing how the universe actually works.

Now, one need not work in terms of good and evil to know which plot to follow; I once thought to put it as anima vs. entropy: life vs. decay. Good and evil, these are well known terms, though. Or are they? The side of good, of life and love, is not always to be a part of the well established virtues; nor is it always to be a rebel against the monolithic structures that oppress us. It is both much more complicated that that, and ultimately simpler. There is a narrow way that preserves logic and is also in accordance with the heart. Our stories are different from theirs, good vs. evil, for theirs lack both logic and heart—seeking only power at any cost. I admit that evil mystifies me at times, but if there is any understanding of it, it is in the seeking of power. And anyone and anything is to be used and spent in trying to get it.

So it is that theirs is an awful story, to say if you count them all as seeking the same thing as everyone on their side, it is actually umpteen billion different things. Completely the opposite of good, where all the differences coalesce into the greater fortune. Ours is like the music of the Ainur in the “Ainulindalë”, all different tunes in concert to bring about the will of the Creator. Just that instead of music, that we use the wyrds to tell a story. And the outcome is already destined, simply: the best story wins. It is intrinsic to the nature of creation. What is best? That which outperforms the rest, of course. Which is not to say that it’s all a cakewalk, for evil, when it does gain power, will harshly undermine what is of light and truth: the light and the truth, by which we write our own stories.

The narrow way, of satisfying competing goals: this is what is often the path of the right thing to do. One understands that many of what needs to be accomplished is far easier said than done. And in the simplest of terms, what is the way that one must go? Do do all things out of love. All things. When you have eyes to see, these things are clear as winter air, the way we must choose to go if we truly call ourselves the children of God. Pray for courage and wisdom on your way through this life, and may you not have one without the other. The wyrld is what Walt Whitman called the Powerful Play, in which all of us may contribute a verse. I say it is we who each write a wyrd in the Greatest Story Ever Told—do you understand? Jesus Christ may be its beginning and its end, but the middle? That’s all of us!