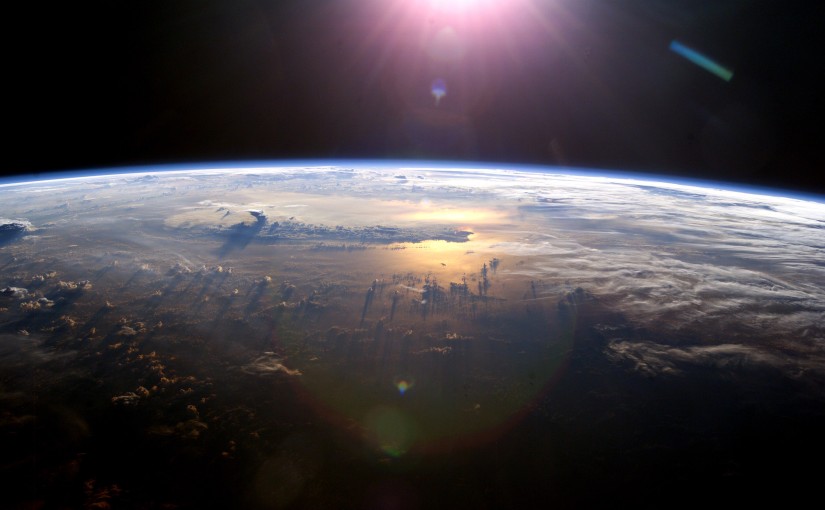 So it is, that something happens to you you don’t like, at least initially, then with a twist of fate, things go unexpectedly your way. You might say, as an appropriate response, that everything happens for a reason. Even agnostics may use this line. But do you really know what you’re saying? Is the meaning really there—reasons, reasons for the reasons, to search your idea of what seems likely until you are satisfied in its logic? Or indeed, is the reason for it all just a convincing illusion, which have no basis in what is concrete and steel, in whatever maybe called of the real? Perhaps we have sympathy for the Devil, for whom the light of such revelation is itself the enemy…

One thing I found in researching metaphysics is that there are always patterns to be had—you just need to look for them. Not many of them are fruitful, even if they be non-trivial, another thing I learned. This pattern matching, I believe, is at least part of the explanation of the psychological phenomenon of “everything happens for a reason.” Because things seem to fit together so well, we imagine they were made to be so conformed. Destiny. But this is an astonishing world, even just talking about the noosphere, the mental spaces we explore. Sometimes the words we put together are poetry, sometimes it is just a mess of unimpressive metaphors. And one might say that a person often views one as the other. So it is with reasons why.

Correctness—can we even talk about that when we talk about the patterns in the air? Is thinking what happened happened for a reason—how can we know that we have found the real reason? And what, exactly, would be meant by that: the real reason why things happen as they do? Here’s where religion seems to take a separate route than the agnostic. For we have it in the Bible where God Himself says He did such-and-such a thing or that such-and-such thing happened for a certain specific purpose. In this vein, there is the possibility that when you think you know why, you may actually be right. The agnostic may never be sure. Or be sure that there never is a “real” reason. In any case, we rarely go beyond if we are satisfied with the reason(s) we have discovered why something happened as it did.

Now, it is quite the case that what and how we know things is far beneath what and how God knows things; for indeed, we of abstract things can rarely deal with absolutes concerning them—such is the province of the Most High only. Not even angels fly in such stratospherics. But if we could have a God-given rationale, would we then listen to the “real” reason, or shall we stubbornly cleave to our own logics, of which we were satisfied? For then, we come to this empyreal question: what did Lucifer see, when he rebelled? I have been told that angels are not like people, that they have perfect knowledge. Did he see in the darkness of evil a pattern he could not be talked down from, shadow of his pride?

It was in the committing of his first sin (anyone’s first sin ever), that he broke his perfect knowledge. Lucifer had discovered something truly new… What is evil? Surely there is no mystery to it, now, is there? And in fact, Lucifer’s committing that first sin defines it quite succinctly: evil is the desire to do wrong. And perhaps throw in the desire to have one’s own way, which is the bad kind of pride. Some people say that in evil is the seed of its own destruction. Perhaps, but one acknowledges that Lucifer really had something when he discovered evil. It was indeed the “dark side of the Force”, that comes quickly and is applicable just everywhere. There are patterns in the evil, too, the schemes of every Bond villain just waiting to be conceived and made flesh. It is seductive, it is insidious, like the Watercourse Way—but to slip honorless through darkest deed, no enlightenment of love.

He must have seen a pattern in the madness, called that mess of unimpressive metaphors poetry. Perhaps because of this misreading, he incorrectly perceived that it would be his victory that was to come, and such is part of the nature of evil. This was his pride, and its blindness. In breaking from the Logos, from holy reason/holy logic, he did not precisely perceive the ultimate conclusions of his actions. His own logic was a poor substitute, formidable as it was. He took his own vision as the world’s, and was doomed. Whatever is in the mind of evil to do, God has always been prepared for it. And one might think with such occurrences as the Holocaust that things are not completely in His control, but that is the test of faith. For the most horrendous things that happen to us—it will be slight in comparison to the glory that will revealed in us, by the king of glory.

The fact is, great is the pain that some people suffer. Some of which certain persons survive, it seems to mine own self incomprehensible, unimaginable. If you told me that I would be the one to have to tell them, that their pain is nothing compared to how God will recompense them, I would tell you I am a coward and cowards say no such thing as that. But somewhere inside, there would yet in me be an unbreakable kernel that believes it to be true. Why did it have to happen? What possible reason could it have happened for? It would be in the opposite direction; the reason itself would have to be of light incomprehensible, purpose unimaginable. If we can, to make of things better than if the bad had never happened in the first place. (And thus, perhaps, is the kind of rationale we seek when we perceive the pattern of the reason why.)

Can we hold as hope that we need only believe there is a reason, and the cause seems sufficient? For I imagine that some of the stories we have made of why—from the point of view of eternity, how wrong we will have been in the mundane myths we have made. But for here, and for now: if they help us to hold on, is it not enough? If we have faith in a reason for everything, and if things make sense to us somehow, then we have something the Devil lost when he decided his own logic was better than the ways of Eternity. He gave up all sense, all meaning. His is that there is no reason why, and that in his courses would he make the universal law.

Even if we are wrong in our particulars, it is granted to us as courage to try and find the why. In seeing the duality of perceptible meaning, the polarity between good and evil is clear. It is why the afterlife is only divided in two, traditionally, for many fail to understand that it is so—one operates by light or darkness, and it is degrees by which we do so, but we truly carry our heart by a single song, that ultimately desires one or the other. In which you decide, at the end, of what you would make out of your life as a whole. All the reasons why: shall we commit light to the whole of it or bury the whole forever? Truth or nothing: that is the question. Truth or nothing: that is the choice.

2 thoughts on “The Empyreal Question”