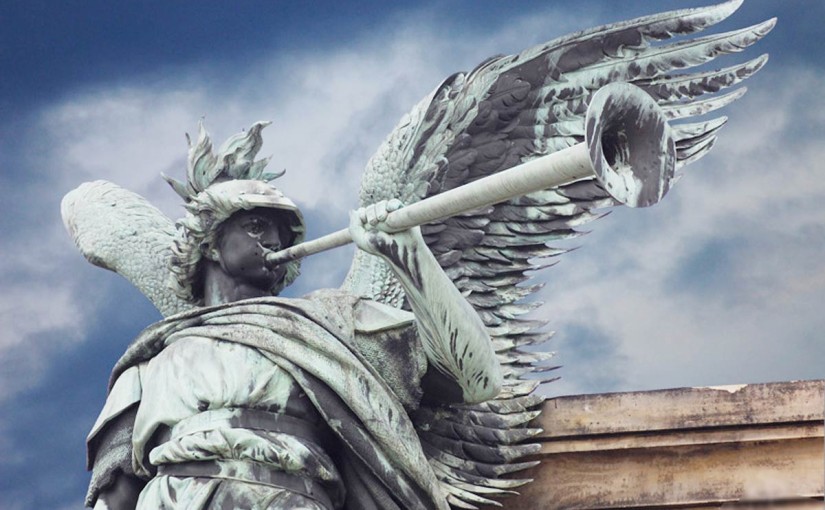 It was once a radical monism: there was one God and He was responsible for everything. “I create the weal and the woe,” He says in Isaiah. He was a one stop shop. So is Deuteronomy: “The LORD our God is One.” After that, it appears to come that there was a Satan who was a minor functionary in God’s court: simply, the Accuser, who still took orders from that God Most High. This is how he is depicted in the Book of Job. He does nothing without God’s approval. But by the time we get to the days of Jesus, the Christ, then Satan had become the prince of demons, who is described to have fallen from Heaven like lightning. And he’s stayed there until present day, waiting for us to think on the situation: it was here that I wondered about the problem of evil, and the problem of pain.

The problem of evil was actually pretty simple, if it did not contain the problem of pain. It consists of a simple question, why is there evil in the world? And if you do not count the problem of pain, it can be answered almost trivially, because God grants free will to his creations, and it is their responsibility to choose well, and some do not. But the problem of pain, which is to ask why there is pain in the world: if we include natural disasters and such, that cannot be solved by the wills of His creations, can it? The considering of it, it comes down to power. We generally believe that disasters are “acts of God”, basically—surely the Devil hath not such fury. Can he? How do we think on divine terms? If we look up into the night sky, while out in the rural plains, we can see in the expanse of stars a hint of the true glory of God. What if the power we once thought God to have—what most of us think right now think of God having, based on the story of Exodus and such—what if that is actually the scope of power of an archangel, and the power that God can conceivably wield is well beyond what our knowledge can reach?

It is to introduce a radical dualism, then. We introduce a very basic premise: what if Lucifer invented pain? What if all that has ever gone wrong, anywhere, what if all of it (ultimately) came from the Devil? Because now, if we have an Evil of cosmic scope, doing his utmost to create havoc and such, couldn’t this be so? To put it simply, if we think things through, none of it came from God. Surely, God will make use of it, just like nature makes use of excrement as plant fertilizer, but recall your last dose of pain: odds are, it was an ugly feeling; if you think about it, it makes sense that God didn’t think that stuff up. Its semblance… brutishly rough is its aesthetic, as if it were invented without that certain skill: pain is a stab of wrong.

It can be therefore solved, how it is that God is all good while there is evil in the world: at every level, there is at its ultimate source a creature of His at fault, great or small, one or more who are where the buck stops at the causational chain of pain; if there is merely the barest of conscious choice that became something whose pain held some significance. Or perhaps that some pain that came from a previous pain, for it oft begets some more of it. All its source, however, is an ill-applied exercise of free will, for in the days primordial, one imagines a Heaven where literally anything was possible, even the first evil, the first sin, the first of pain. Born, in its preliminary stages, all of what is wrong with the world.

Now, why does God let it happen, still? We do not comprehend the patience of the Most High: this is what is meant by a thousand years being like a day to Him. It is not that time flies by at a quicker pace to His observation. Quite the opposite, that he can see of a greater scope of all that happens, just that His patience carries Him through all of it. If you yourself had patience, you would see. Why did not Jesus Christ, the Son of God, not rid us of all the problems in the world? Don’t you see? It’s part of His plan that things happen as they do. Why would Jesus make of things against that plan? Why does God allow evil to continue? There will be a day of reckoning. That day will come like a thief in the night, when we have long stopped looking for it to show. Hearken. He yet in patience watches.