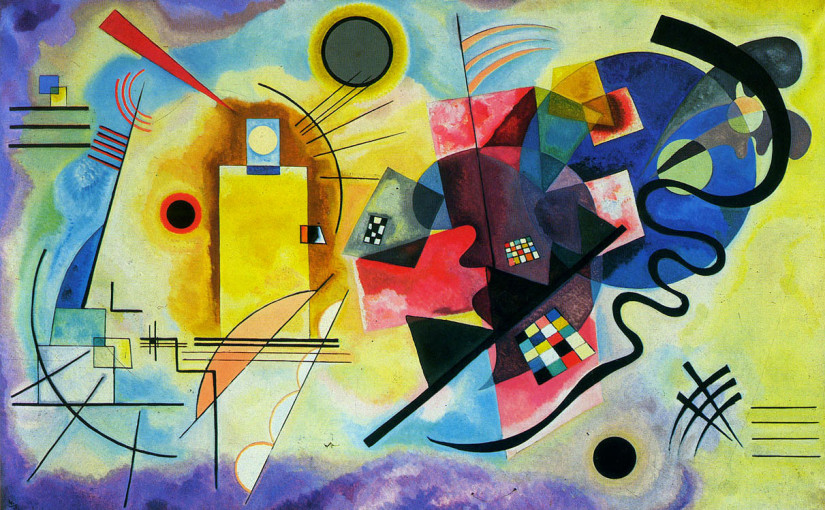 “Very few people in the world would care to listen to the real defense of their own characters. The real defense, the defense which belongs to the Day of Judgment, would make such damaging admissions, would clear away so many artificial virtues, would tell such tragedies of weakness and failure, that a man would sooner be misunderstood and censured by the world than exposed to that awful and merciless eulogy.”
– Gilbert Keith Chesterton

Come Judgment Day, what exactly would you say to the Face from which heaven and earth fled—“I meant to”? I once figured it out this way: out of two choices, for your entire life, would you rather expose it all to the world, every event and decision, or would you rather cast it all into darkness? Saved, or damned, this to mean, and there I was toying with the mathematics of the judgment, that even with a life that was full of wrongdoing, if the soul had the courage to reveal it all—be as reviled in the Kingdom of Heaven (if that is even possible)—then that one heroic gesture might indeed save them. There are myths of judgment aplenty from the ancient world, from weighing your soul against a feather to walking a tightrope across a fiery pit. And some pictures of damnation are more horrible than others. What does it mean, exactly, to be saved?

The main equation seems to be simply this: “forgive us our trespasses, as we forgive those who trespass against us.” Otherwise known as, “love your neighbor as yourself.” But then comes the main counterargument, being the curiosity as to whether some are born having innately more propensity for forgiveness than others, thus making the game a rigged apparatus… In the past, one merely figured that the Devil had his children, and God had His, the Devil’s children causing all the mayhem, God’s children are all the saints, and that’s that. You were simply born one or the other. But the modern reader might ask, how can that possibly be fair? If you had no choice but to be evil, how can you possibly damn that soul? Free will has since (from those days of ultimate predestination) become a key feature of this life of virtue and sin: you must have done things of your own free will for it to count, else life is a meaningless puppet show.

So, what becomes of the Son of Satan? Was he born evil? Or was he born good in circumstances which would make it impossible to have been anything but evil? Where does the free will factor in? The Devil is damned because he was born good and of his own choice and logic decided that that wasn’t going to work for him. We must ask, too, if even was Satan born with a conscience. If that were so, he has only the angel on his shoulder, the little birdy from his own inner sensibilities to try and keep him on the right track. He has no devil on the other shoulder, and so one might conjecture that evil was at that time the narrow way (to exit from the good) and the broad gate was that which was of God, the right. What a waste, how the story of the great Lucifer ends. What about them, though, the rest: his son, and the third part of angels cast down with him—by him?

What if one can genuinely say to the Face from which heaven and earth fled, “I was deceived, and knew not right from wrong”? Or there is the question of how one may judge him, he whom all he knew of the world was evil. Not just the Son of Satan, though he is an especially strong case of this, but those born of bad families. One may consider that God rather grades on a curve. Not as much a reward when a boy scout, whose dad was a boy scout, helps an elderly black granny across the street; but one whose father was KKK—that would be phenomenal. Does it get complicated, then, when we have to factor all the relevant factors in order to judge someone? Perhaps here we find the real reason for the Lord’s command, not to judge, that it is only God’s to judge: for only the all seeing can know why anyone lived the way he did, the rationales and compusions, what was inside him as he decided, and the roads not taken.

Verily, when we have the bold and outward actions of someone born into a culture of cruelty, when he breaks from all he knew because he discovered a greater truth—we can surely measure the heroics of such actions. But as we know, such displays of heart come only when certain stars align; they are not of the everyday, and the everyday is where one (even the hero) must live most of one’s life. Yet when the hero lives an ordinary life, when he abides by ordinary rules, he is roundly to be commended for his humility; but when things surface, like from World War II, the ordinary, everyday lives of those who ran the concentration camps—we feel a wave of disgust. Yet it is here where even a demon might redeem himself. The Lord said that when you fast, make it look like you’re not sacrificing anything. If an “evildoer” were to outwardly perform nefarious deeds, but hidden in his everyday were guilt, nightmares, tears and the true suffering of conscience—how do we judge, knowing that?

Surely, many of us will judge the man who keeps doing evil while being tortured about it as one who is in the final analysis destined for the fire. But one might say it is a case of, “There but for the grace of God go I.” If we had been born in his place, would we not have done the same thing? Thus might it be that the mathematics of the judgment are a mystery. Perhaps indeed, that if we had been given certain temptations, then we might have committed the wrong… but we were not so given, we did no such thing. And we cannot, in fact, actually make the supposition, if we were in that situation, or if they had not been in that situation, it would not have happened as it did. Reality is such an intricately woven web that we cannot cut out one small piece and hope to graft it elsewhere. It is so a mystery.

Indeed, we may speculate about the future, but of the past, speculation is ultimately fruitless. Change one variable and it is not in isolation—if it is reality—and we may find that even when we are correct in predicting the future, it may just be that we were not right for the reasons we thought, why it happened. The future comes into the present and we are proven right or wrong, but the past? We can never be sure of any theory, not until we have a simulator of the entire universe, and we can test one aspect’s change. And even there, it would probably turn out not as we expect. So we really can’t say, what might have been. All we have is what actually happened, what we did with what was given to us. We will not be judged on what we could have done, but on what we did. Is it in any wise unfair? For we may think life unfair, but the Judgment—this should be the great equalizer, correct?

If then, the true judgment is ultimately just, by standards that the Lord has (if we can even call them “standards”, for that in itself implies something static and rigid)—perhaps we cannot tell, the difference between the saved and the damned, and it is not our place to try and guess, to tell the Lord what He’s supposed to think. Mayhap this was why He told us to treat everyone well, to love even your enemies, for perhaps you might mistreat a saint, if you treat anybody badly. The only one whose salvation you should be mindful of (in the main), is yourself, and this you handle by acting out of love in everything you do. Do protect your families against criminals, etc., etc., but realize that you do not know the whole story about even they, even whom we characterize as the “bad guy”. “Every saint has a past, and every sinner has a future.” [Oscar Wilde] You never know who’ll turn it all around.

And then, there are two things you should know about Christianity: 1) converting someone is more about saving them in this world, not the next: Christ is ready to catch you when you slip into that next world; and 2) there a lot (A LOT) of Christians who should be told either, “From these stones can God make sons of Abraham,” and “Why do you call me, ‘Lord, Lord,’ and do not the things I say?” The first quote from Yohanan the Dipper (John the Baptist), the second from Yeshua ben Miriam (Jesus Christ). You see, the main problem of Christians, at least in America, is that they think they are just in the right. Because they are Christians, they think they are better—when God can of course make Christians from anyone. Because they are Christians, they think they know what it means to be righteous—when the one who says, “have mercy on me, a sinner,” he is the one justified. They feel they are qualified to understand, and believe they know by heart the mathematics of the judgment. And one thing I have come to know: we all of us know nothing.

So how do we tell, then, who is saved and who is not? In the final analysis, it’s none of our business. Even our own personal selves we cannot be sure if we’re on the right track. And this, my friends, is the correct attitude. If we indeed become sure that we are of the saved, it is at that point that our souls are in the greatest danger. The path of entitlement is what Lucifer followed, all the way to being kicked out of Heaven. (There are indeed many lessons we may learn from the War in Heaven, and the Fall.) And we come back to the question of the Son of Satan. Did he truly have a choice? Did he have a chance, at all? I tell you it matters not—not to us. We are not the ones responsible for throwing him into the fire. Our is to love everyone, even him, even to love our enemies. If you can fight for justice, by all means do, become an enemy as far as the darkness is concerned—but hate not that darkness. Call no one an enemy to yourself.

It is not to say we rebuke no one for their ill deeds. Our children must learn to do what is right. Stupidity must be called out. But we must stick to the facts. We must not think it is we who are given the charge to save souls: we cannot forgive sins, only the Lord; and only by the Lord’s grace are we any of us saved. So, ask yourself, if you consider yourself Christian: am I any better than the next person? or at least a certain class of person? If your answer is yes, you are indeed mistaken, and possibly dangerous. When your answer is no, you begin to crack the shell of the mystery, that whosoever would be first in the Kingdom must be a servant of all. There is no room at the height of the light for he who values his own life more than his neighbor’s. Comprende? It’s as simple and impossible as one, two, three… infinity: that is the mathematics of the judgment.