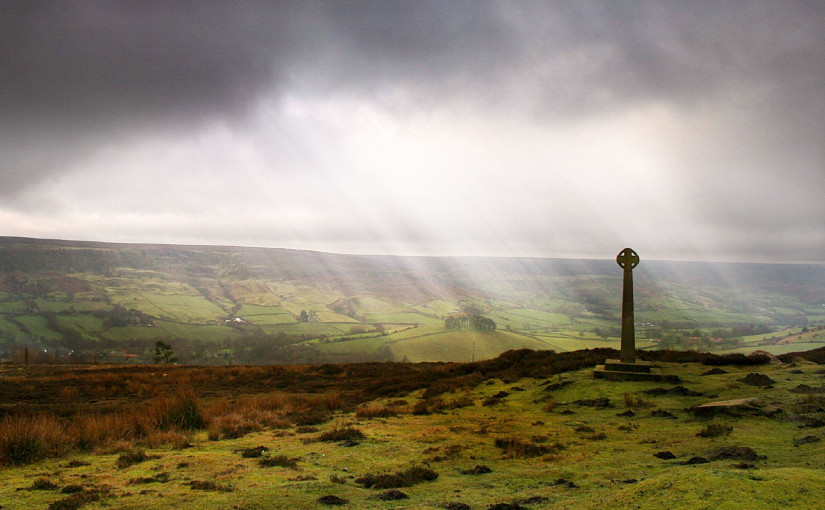 The following is another excerpt from my other book, The Gospel According to Judas. It’s about this one time I had a vision of Jesus Christ:

There was this time that the Lord [Jesus Christ] showed up in my visions saying he had just come from Hell, saying he had “burned it dow-n!” He looked a little… tweaked… like he had been through quite a trial. A little bug-eyed. And I don’t remember why he brought the subject up, but he also said that he was — and I’m quoting, here — that he was “gay as a maypole”. (It’s a line from the movie Love, Actually.) I was like, OK. And then he paused, and I paused, and he was like, aren’t you going to ask if I was being serious or not? And I was like, no Lord, why would I care about that? He asked me about asking him a few times. And I never asked. It was one of the proudest moments of my life, you know, now that I look back on it. Really, why should anyone care?

There are some people who think that somehow, being Christian makes them just better than everyone else, and therefore, able to judge more rightly the good from the evil. I ask, why is it that they speak of love and have nothing in their heart? Why would Jesus turn away those whom they marginalize? Your idea of God is too small. Your idea of love is wrong. Who told you that the eyes of hate are the tint by which the Almighty views the world? Surely, the perverts and the addicts precede you into the Kingdom. How can you think you mean so well? You damn righteous people and raise yourself as the judges. As you have judged, may you then be judged also. And there will be wailing, and gnashing of teeth.

Heaven will not be governed by the precepts of restriction. It will instead be a reign of freedom. For the Lord came not to enforce the Law, but to free us from the rules. I was once having a conversation with Rachel Maddow, in my visions, sometime after the Lord had said he was, again, “gay as a maypole”. (She didn’t ask him if were serious or not, either. And by the way, I think he was joking. Sometimes hard to tell with the King of Kings, though.) We were talking about such things as being gay, and what it means for such people as far as Judgement goes, from God, and judgement from man. We got into a very interesting idea about what Heaven was going to be like, and for whom it was for.

The War was going on, and I had caught wind of the Devil’s rules of play: it was “anything goes.” So OK, the Lord was like, if that is what you want, we of Heaven can do you one better: Heaven will be a place where anything goes, as well: any kind of twisted pleasure will be available to those who get there. The catch is that you have to be a saint to qualify for entrance, and we do things only if it is right to do so. Given that, leave your hangups in Hell. Gay, straight, transvestite, S&M, whatever sexual thing you’re into, no problem. Drugs? Pot, acid, speed, heroin, coke, or even none of the above — we cater to every taste. Why should those people of Heaven be denied any sort of pleasure at all? Why else would it be called Heaven?

Just remember the catch: saints only need apply. For most people, that’s a long(ish) stay in Purgatory, but the majority of everyone do end up at that level — saint — at least, in my thinking about it. To come to know what is the right, and to let go of the aberrant urges of that which within you dies: the right is true freedom. What is right? Not to follow the rules of man, but to love! Have you not heard? Has it never been revealed to you that God is love? The Heaven of love is one where all are welcomed, and so is for all those who welcome others. If you would shut anyone else out, you yourself will be shut out. And that’s the kind of Heaven I want to be a part of. And that’s the kind of Jesus Christ I believe in.