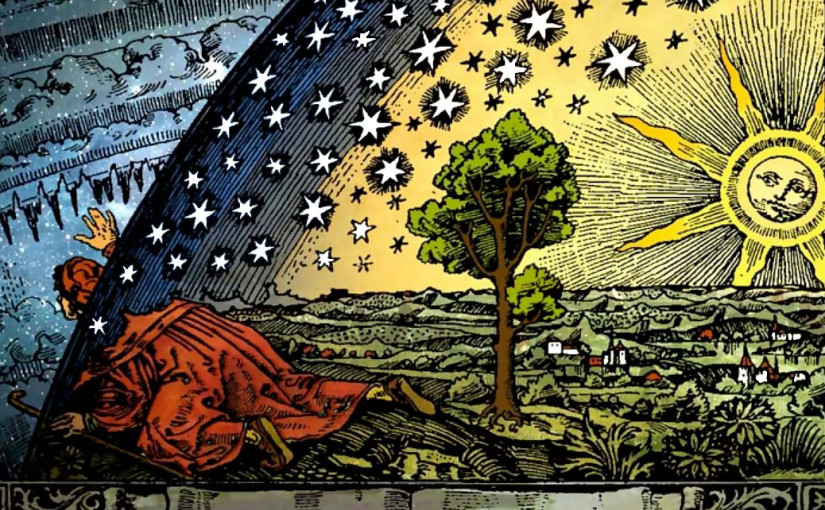 Why should we do good? In being good, to understand there are others in this world, who are just as alive as you, and make that fact matter to you—why do that? Why should we care about others, or even believe that they are as real as you? Why shouldn’t we take care of number one, and only this self? Surprisingly, it may come down to one philosophical question: do you believe that there exists the concept of logic? And not necessarily such as called formal logic, but even when emotions drive their own logical process. Just to make sense. Do you believe somewhere that you are the most important thing in the world? Or another tack: do we do good for a reward? For surely the evil do evil for reward. What makes one so different from the other, then? We know that evil does it at the expense of others, while good does it for the sake of others. But why is it we should be selfless rather than selfish?

So there might be three modes of the soul: out for one’s own self no matter what, for one’s self as much as others, and out for others at the expense of oneself. The first, the logic involved is merely to ask, is it good for me? A yes or no to that one question might even determine their idea of right or wrong. The second involves a certain balance, and negotiation. The logic might be, does the world agree with my action? And the third, he thinks nothing of oneself, just that the good is done. It comes down to the answer of that one question: “Am I the most important thing in the world?” And perhaps it is telling that Lucifer’s great sin was that of pride. In that world, undoubtably Jesus Christ, Son of God, was the most important of all; Lucifer, against all logic, denied that. At the other end of the spectrum is the humility of a saint, not to think of oneself at all, for surely, there’s a great big world out there that’s better served. And then one reasons that the middle of the roaders (probably most of us), can accept the argument that we are not the end all be all of existence, but we’re don’t want to be ignored, either. And then to ask the three types, “1+1=2, correct?” will get an “of course” from types three and two, but the first—he may not acquiesce something even that simple, that obvious, if it isn’t in his best interest. And that is to admit no logic but his own, which is no logic at all.

We have the choice in which way to think and act. We have been empowered to think this, given the freedom and the confidence: if all we were able to do was scrape out a living, we would scarce have the luxury. It is no small thing. And so we distill it to pretty much the purest choice there can be. Order or chaos? Reality or delusion? Meaning or senselessness? Reason or insanity? This is what it means, that choice, to accept that there is something called “logic”, “reason”, “understanding”, and that it makes sense. Of the world, of reason itself, even. To choose otherwise is like killing logic and feeding off its carcass. That would be to say that such things exist to serve you, and have no external reality. And did you think it, in which I imply that to be the most logical is to be the greatest of the saints? I leave why that might be as an exercise for the reader. But what if what Jesus Christ died for, the salvation of everyone who could be saved: what if the question of “are you saved?” doesn’t rely on what you “believe”, except for this state of your soul: that the question literally becomes, “can you be reasoned with?”

If what you now know is to think that you are fully aware of the world, or aware enough, it is a fully conscious thing you do: choose. How solid is your logic, what you know are the rules you should live by? Are they absolute, or do they wrap to fit any desire? Then, back to the original question: why be good? Of course, ultimately, I cannot answer that for you. Free will is not an illusion, and the choice must be real, and a personal one. As one of the good guys, though (I try to be, at least), let me just say that there is a truth and it’s on our side. It is the nature of logic, n’est-ce pas? And as one of the good guys, I must give you the main reason to choose the right over the wrong. Simply put, we’re where the love is. Really, if you decide anything is higher than sheer, unbounded love, we can sorta do without you. Like if you think yourself so darn important. If your heart is filled only with thoughts of yourself, it has no room for love to dwell within it. And as for reward, the good guys have the love that is true and unfiltered. In the most extreme, not even needing that we receive it from others…

We can do one better than our reasoning ending in love. Let’s start our understanding of all the world with these three words: God is love. And there is no higher. I like to say, even if you don’t believe in God, you can believe that God is love. There is no better concept that you can have God being, and there is no subordinate thing that you would have love be bound to, for true love is beholden to nothing. God is light, God is mercy, God is justice: it’s all covered by those three words. And it matters not that the world is sometimes a rotten place to live in, just that you believe that there is something better that we can strive toward. Do you believe that it is just not worth it? God is there for you, if you truly have nothing. Consider that. And then there is the Son of God: Jesus Christ is known as the Logos, which is often translated as the “Word”, but might be more correctly be understood as “Holy Reason”—logic. It all does fit together.

Why do good? It is the only way you will understand love. Those that refuse all logic, it is not that God won’t forgive them, but that they sabotage the mechanism by which they may be forgiven. Basically, they kill themselves rather than admit that God is love. They cannot be reasoned with. And if you think this is a funny way to determine a soul’s salvation, we recall that that we are not necessarily saved according to our works. And salvation is not necessarily to believe in Jesus Christ, for he says, “Why call ye me, Lord, Lord, and do not the things I say?” [Luke 6:46] What does he say to do, above all else? Love. It is the way and the reward: to be able to negotiate something away from yourself, and give it to another.

Christianity always had fantastic elements to it. But of the miracles Jesus Christ was supposed to have performed, it is only necessary to believe in one of them, the “sign of Jonah”: the Resurrection. According to Paul, without that, our faith is in vain, so for now, let’s just say that it is true, and Jesus Christ came back from the dead. And maybe also that his cosmic significance might be stated that he was the Logos—the logic of within and without. Preaching was to spread that logic. We forget, these centuries on, how it was such a radical vision. Way back, there was a certain way to be, a certain way to act, to believe. Then he came, and said to love your enemies. And that he who is without sin cast the first stone. This was the manifestation of the God who is love. Prophets before him said to give justice to the poor, and decried those who were in power. To worship God by one’s actions, and not by lip service. But this is the myth we came to know: when Jesus Christ came back from death, he came back as every one of us. He saved all the world.

You see, logic is a certain type of faith. Einstein at one point wished he had never called his theory “Relativity”, because everyone kept saying how it made everything relative. This was the opposite of its intent, that the laws of physics were the same relative to everyone and every place. We believe that if something is true, then it is true everywhere that the context of the truth is valid. If this were not the case, that would be pandemonium. Literally (or close to literally). And it turns out, the power to negotiate the truth is all that the Savior needs to save us, save any of us. Because if you can be reasoned with, you can be a part of the Logos. You see? This is the Resurrection. What about all those Christians telling us that we need to believe in Jesus to be saved? Our idea of Christ is of that Logos, which is the logic of love, as above. In this way does it follow that anyone, anywhere, anytime, can be saved by that Jesus, who is everywhere, being the Logos—the means by which anything exists—who in the beginning was with God, and who is God. Why did he tell all his followers to spread the message to all the world? Because it is true that in hearing the message and accepting it, they might be a cell wherein Holy Reason dwells, just like that. He saves us in any wise, believer in the Resurrection or not, but by the Message may we in life walk by that great light, the light of Jesus Christ. And that is not a negligible quotient.

Why be good? We might find it is an awesome thing. We often find ourselves facing an evil world. And to be able to do good in such a world, a thousand no’s to your one yes: surely there is reward, even in the attempt. For we are made of the choices we make. This you know. But when we see that God is love, believer or un, we understand that the ideal for which we reach… we bring the dream into existence. When we love it is how heaven touches down in the waking world. And mingles. Forget all the visions and proclamations, forget all the miracles, forget all religion entirely. Love is real, whether you believe in it or not. It is how we share the dream. How close heaven has always been to where we are.

One thought on “The Radical Vision”