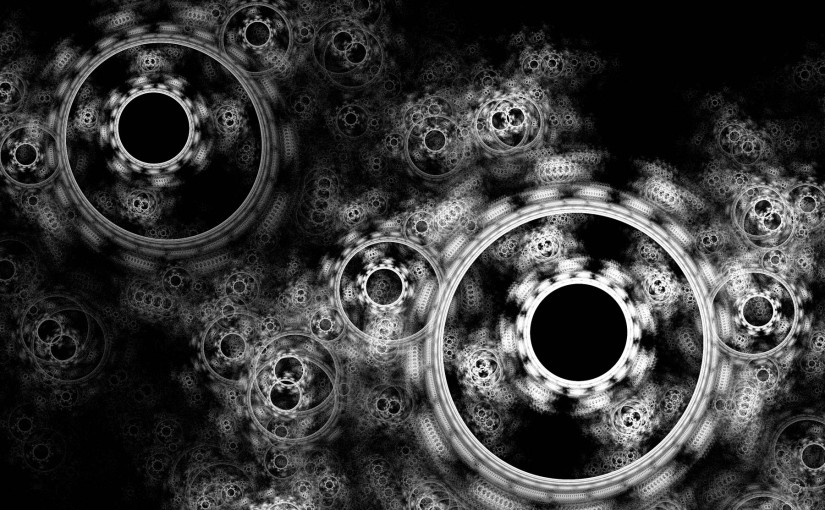 Epicurus asks of the theist, if God has the will and the ability to prevent evil, why is there evil in the world at all? The question reminds me of one of the temptations of the Devil when our Lord was fasting in the desert: “If you are the Son of God,” he said, “throw yourself down. For it is written: “‘He will command his angels concerning you, and they will lift you up in their hands, so that you will not strike your foot against a stone.'” [Matthew 4:6 NIV] One imagines, whatever the Devil says about how things are, had the Lord jumped from the building, he would have seriously injured himself. It’s not what the passage meant. And of Epicurus’ interpretation of what God is supposed to do, he thinks not of another possibility in the apparent inaction of God: would things have happened for a better end, for all eternity, had some finite evil been allowed to prosper in the world? One might think then that it is quite worth it, the suffering that we spend.

I have written before that all pain has source in that one who rebelled at the beginning of time, at the end of time: Lucifer invented the concept of that which is wrong. But he is not the Logos, he is not how things come to be in the world; could it be true, however, that he was power enough, that in expending his whole potential, he could force the hand of even the Most High? One thinks of this passage, of what kind of curse Lucifer might have uttered: “To the last, I grapple with thee; From Hell’s heart, I stab at thee; For hate’s sake, I spit my last breath at thee.” [Herman Melville] I once had a vision of Lucifer with a dagger in his hand, with a great stab into the back of the Lord Jesus Christ, right where neck and shoulders meet. Was this image as it is written in Revelation, the Lamb slain at the foundation of the world? It might truly be the case that there is a certain way things must transpire in the world, for prophecy needs be fulfilled, and the will of God must be made manifest.

One might think that it is in those terms that any sort of pain happens, even the greatest natural disasters. Being Logos and omniscient, the Lord knows exactly what happens, and how. And the why may seem long separate from the event, but it is there, too, somewhere in the matrix of all. Even his own death, he is the means by which it happens, for the Logos is the Holy Reason by which all things transpire: the very logic of logic. So in that sense, it is true when God says, “I form the light and create darkness, I bring prosperity and create disaster; I, the LORD, do all these things.” [Isaiah 45:7 NIV] But that there needs to be disaster at all: Lucifer threw a wrench into the gears of the Godhead. This was when he invented pain. I have written of this before, his committing of the first sin, and thus the formation of his daughter, who is also called Error, as well as Sin and Pain. To Lucifer and his own were given an aeon in which they might have influence, in which we live. And so there is pain.

It is not as if God spared Himself pain, for as we know, Jesus Christ was God, and he was executed in tremendous suffering. One might suppose that it was not his preference to go in that way, being that the night before, he prayed that that cup should pass from him; but not his will, but his Father’s was what he would follow. Once again, one must think that Lucifer had an irrevocable hand in the whole thing: he was out to kill God. This was the ultimate showdown of good vs. evil (it was literally that). The Passion, and the Cross—the Devil and his angels amassed in the air above Jerusalem to multiply the suffering as greatly as they could—but what they may not have realized: given the circumstance, this is how the Lord wanted things to be. “No one takes [my life] from me, but I lay it down of my own accord. I have authority to lay it down and authority to take it up again.” [John 10:18 NIV] There is a controversial scene in The Last Temptation of Christ where Satan tries to get him to die like a man—yes! on point: in real life, he died as God.

In the words of Blue Oyster Cult, “I’m living for giving the Devil his due.” In the death of Christ is indeed shown the clash between good and evil, for under threat of pain did Christ never think to strike back, never to have overcome the physical forces that were before him, so that he would not be spared the effects of the evil that permeated the world. Bitten into the very stone were the possibility of pain, and none escaped. But in the life and death of Jesus of Nazareth, a grand lesson to be learned about the consequences of one’s choices. In giving the Devil his due, letting there be so much pain in the world, the Lord shows him that it could be matched by the good, that love conquers all. And so the Lord shows the rest of us. What good would it have been had all evil been prevented from happening? Surely we talk of a worse adjective than it being “academic”, then. Not to say God wanted evil to exist! Can you see a grander view of the Kingdom? He will use what is at hand, but it is of one’s own God given free will to commit the wrong, what is not of God.

Then it is true power: to be able to force the hand of God. It must be the case that the most powerful being in creation was given power in truth. Pain is intrinsic to the structure of the universe: this is Lucifer’s magnum opus. This is that wrench in the works, which you cannot get out else the whole thing falls apart, because now, it is part of the puzzle. Satan knew what he was doing. For now, for God to be just, to show that He doesn’t win by a sort of “deus ex machina”—to give the Devil his due—bad things must happen. You can see that quite readily if you’re a scientist, that if you have such things as plate tectonics, the drift of land masses, then you will have volcanoes and earthquakes. And sometimes, there will be people in their vicinity. So, some of us will throw up their hands and say, “bad luck, chaps,” and some will say they must all have been sinners. None of the above. What’s actually happening? “There are many things which do not concern the process.” [Joan of Arc] There’s a bigger picture we’re not seeing. Perhaps that we don’t want to see.

The main point? There is always a reason why. The Devil will randomize the pain where he can, and bad things will happen to good people. Don’t be deceived. Nothing is outside the jurisdiction of the Lord Jesus Christ, who is the Logos, yea, Holy Reason itself. Even if it all ends horribly, that is not a permanent condition. Why did it have to happen like this? If you truly saw what was at stake for the things that transpired in this world, in this life, you would not ask such questions. Count it all joy: and that, too, will be rewarded. One day you will see why things unfurled as they did, and rejoice when your faith was shaken, but did not buckle under the strain to comprehend why. No natural disaster is larger than the purpose that undergirds it. We are greater than any pain that has run through us; we are made larger by it. This is the mystery of the quotient: tragedy makes a saint of any of us.

Do not concern yourself with any thing. Nothing is wasted. Even the evil ones, who are burned into nothing at the Last Judgment: the harm they have caused has gone to good use—in the making of the saints. Do not imagine any setback has slipped from the accounting of the angels. And it is not so much the important that the saints we are to be will go to Heaven when we die, but that in being saints we bring Heaven down into the world by the love we show. Not to hide a lamp in a bucket, but to shine it from the rooftops. And all of us are to die as God did, who in the worst of it yet loved the world. This is to take part in the Resurrection. And pain? It points to that deeper way, that there will be now what is called justice, which in the days before the world ever was, it was not known: because it had no context where nothing was ever wrong. A fascinating birth, in the world as we know it: justice. There will be justice wherever there has been pain. It is what God made out of fire.